The Mormon Migration and Settlement of Southeastern Alberta: A Borderlands Perspective Part II

October 24, 2012 8:52 am / 1 Comment on The Mormon Migration and Settlement of Southeastern Alberta: A Borderlands Perspective Part II

The Mormon Migration and Settlement of Southeastern Alberta: A  Borderlands Perspective

Part II in a blog series exploring the migration and settlement of Mormons north of the American border in the frontier region of southeastern Alberta in the closing years of the nineteenth century and early years of the twentieth century. It explores the reasons why people crossed borders, how such borders were perceived, and the persisting ties between people on either side of the forty-ninth parallel. 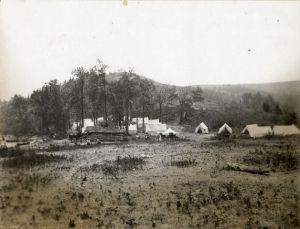 When the settlers awoke their first morning on the site that would become the town of Cardston, they were greeted by 5 inches of freshly fallen snow on the ground. It was a sign that nothing would come easy from the arid prairie. The men soon went to work locating timber, putting up buildings, herding cattle, and exploring their new home while the women worked to provide sleeping quarters, washed clothes, and prepared meals. The Mormons were experienced with so-called “dry farming” that made use of irrigation to grow crops such as a vegetables and wheat. In 1898, the Mormon-owned Alberta Irrigation Company was founded to construct a fifty mile canal. As a result, hundreds of Utah men crossed the border to work on the project, many of who would stay to create their own farms. In 1899 the Latter Day Saints were starting to successfully grow sugar beets with the aid of canals, an industry that would be given a boost with the opening of a beet factory by Jesse Knight in 1902 in the new town of Raymond. Mormon irrigation techniques pioneered further agriculture in the region as Mormon beets, potatoes, and cabbages won prizes in numerous Alberta fairs. In less than twenty years, the region would contain some 6,000 Mormons by 1905.

The reception to the Latter Day Saints in western Canada was mixed. Locally, the North-West Mounted Police often accused the settlers of practicing polygamy, although no arrests were made. Other were more welcoming. The customs officer at nearby Fort Macleod declared that the Mormons “make first-class settlers and are industrious, zealous, and well behaved.” These sentiments were often echoed in regional newspapers in Lethbridge and Fort Macleod. However, such defense was often more pragmatic than idealistic, with the Macleod Gazette confessing, “Canada needs all the settlers in can get.” Despite protests of the Mormon presence from Edmonton to Montreal, the Canadian federal government in Ottawa largely welcomed the migrants. The Canadian Department of the Interior actively recruited religious and ethnic minorities to the Canadian West, marketing it as “the last best west” to diverse group that included Mennonites, French Canadians, and Scandinavians. Businessmen also benefited; Sir Alexander Galt, founder of the Alberta city of Lethbridge and the North Western Coal and Navigation Company was able to sell thousands of acres to new Mormon settlers at a time when most western migrants bypassed Canadian lands for those south of the border. 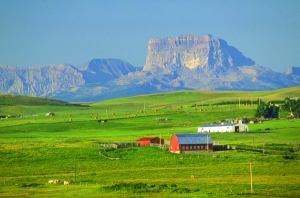 The new town of Cardston and the surrounding Mormon settlements maintained important ties to their coreligionists to the south while at the same time integrating into their new nation. As early as 1888 a group of Mormon leaders traveled north to the fledgling town on Lee’s Creek to ordain a bishop and organize the Card Ward of the Cache Stake, a new Canadian subunit of a now transnational religious entity. Less formally, Alberta Mormons would often travel across the border back to Utah to attend weddings, visit friends and family, and go on religious pilgrimages. In addition to the men that migrated to Alberta to work on the irrigation canals, women crossed south back into the United States to receive midwife training in Salt Lake City. One such midwife, Lizzie Hammer, delivered over four hundred babies without the loss of a single child or mother. The parent community in Salt Lake City also provided encouragement of settlers and capital for projects such as the building of the temple in Cardston in 1923 and the purchase of the expansive Cochrane Ranch for farmsteads in 1906. East-West ties also developed between the Mormons of the southeastern Alberta and their fellow Canadians. A stagecoach service and later railroad was constructed to link Cardston to Lethbridge and Canadian agricultural markets in the east and a mail service was opened to Fort Macleod. In addition, officials in Ottawa and the District of Alberta sought out Mormon expertise in building canals, cooperating on a number of projects in the new territory. Beginning in 1887, the Alberta Mormons always observed Dominion Day, the July 1 national celebration of the new country, by holding a parade, sporting events, and a banquet with their Indian and rancher neighbors.

Although the borderlands of the American and Canadian West and the Mormons that traversed them were unique in many ways, their story brings to light several large issues and themes that are characteristic of the borderlands historical approach. In terms of people and migrations, it touches upon the motivations for crossing borders. The American Mormons were not only motivated by religious persecution and the search for freedom but also economic interests that sought out new lands and opportunities. As for the border its self, this episode show how national lines on a map were both meaningful and irrelevant. While Card and others were acutely aware that the safety the border offered, the migration of Mormons and the subsequent north-south ties that were maintained with Utah and other American Latter Day Saint communities often ignored the line as people and capital followed continental and cultural axises that transcended national constructs.