The Limits of Rebecca’s Revival

The Limits of Rebecca’s Revival 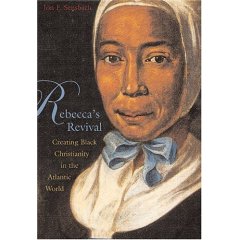 The subject of black Christianity in the Atlantic World has many points of origin; one of the most unique stories about this religious conversion was detailed in Rebecca’s Revival: Black Christianity in the Atlantic World. This book by Jon Sensbach follows the life of a slave woman from the West Indies who became free at an early age and devoted the rest of her life to fervent evangelization. While the story of Rebecca is certainly riveting, Sensbach’s assertions about her impact on Black Christianity throughout the whole West Indies and Europe is speculative due to the lack of empirical evidence about Rebecca’s life, causing the author to make broad inferences regarding Rebecca’s St. Thomas mission as the model for evangelization throughout the New World colonies.

Rebecca was born on the British Caribbean Island of Antigua, possibly as the child of a black mother and white father. It is debated whether or not she was born free in Antigua, but it is known that she was sold into slavery at the age of about six to a prominent planter on the Dutch island of St. Thomas by the name of Lucas van Beverhout. Beverhout became extremely fond of Rebecca and saw her extraordinary vigor for Christianity blossom at an early age, which in turn lead him to teach her to read and write, and also led to her being freed.[1] In 1736, at about the age of eighteen, she met a German missionary named Friedrich Martin who saw the effectiveness of Rebecca as a tool to connect with the black slaves on the island.[2]The missionary work of these two figures turned the slave population of St. Thomas into a small cluster of believers, whether they truly accepted the word of Christ or used religion as a way of getting intellectual freedom from slavery, the outcome was no different, they turned to the religion anyway.

While Rebecca’s evangelical impact on St. Thomas is something that cannot be questioned from the evidence put forward by Sensbach, the effectiveness of the spread of black Christianity from St. Thomas is more suspect. A piece of evidence that was not considered by Sensbach is the relative size of the slave population on the island of St. Thomas that Rebecca preached to. From examining the log of slave ships that entered the Danish West Indies at the time of the beginning of her missionary career, around 1736, it is clear that she directly influenced a very small population during her career in St. Thomas.

At about the same period as the start of Rebecca’s religious teachings the Danish West Indies reached their low point in slave importation, taking in only about 5,000 overall. The number of slaves leaving the islands was even lower for the same period of 1730 – 1746.[3] The relatively small slave population on the Danish Caribbean islands and the fact that in the time of Rebecca’s missionary work many did not leave the islands, illustrates the criticism that while Rebecca was successful in St. Thomas the lack of direct slave-to-slave contact and conversation about Christianity throughout the New World meant that its message would seem to limited in its scope of expansion. 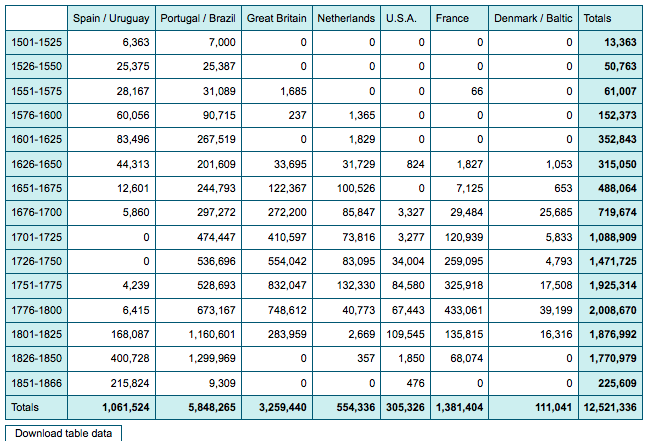 While the numbers indicate that Rebecca’s message was confined to a limited scope of influence due to the small numbers she preached to, there are still more limiting factors to the effectiveness of Rebecca’s spread of Christianity throughout blacks in the New World. One of these factors was her role in the Moravian mission outside the confines of St. Thomas. In 1742, Rebecca left St. Thomas with Friedrich Martin and her husband at the time, Matthaus Freundlich, who was a white Moravian missionary.[4] They embarked for Germany, seeking a reprieve from the relentless work that the missionary lifestyle demanded of them. Soon after landing in Amsterdam in 1742 Martin was called back to the St. Thomas mission, because his replacement for head of the Moravian mission there had died. Tragedy struck once again while in Europe when both Rebecca’s daughter and husband died. With nowhere else to go and little point of reference in Europe, Rebecca was taken by friends to the lands held by the leader of the Moravian church, Count Zinzendorf.[5] At about this period Rebecca’s role in active and effective missionary duties declined sharply. She became a valued member of the Church community, but her importance as a figure for spreading the message of God became lost somewhere in her day-to-day life with the Moravians in Germany. 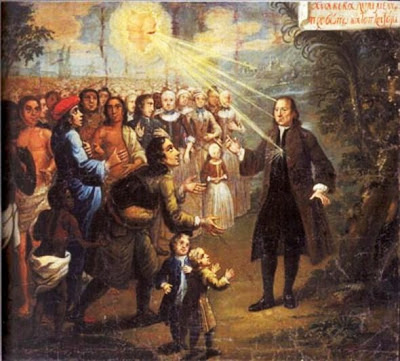 Sensbach asserts that Rebecca was one of the first black evangelists to make the journey from the New World back to Europe and thus began a new black international protest movement that would educate Africans and Europeans about blacks and also bring information to Africans and their enslaved brethren in the Americas.[6] The problem with this assertion is that there is no direct evidence to support the creation of this movement in Rebecca’s life. Her life in Germany consisted of her contributing as an everyday member of the Moravian society. A description of her daily life goes as such,

Choirs were the basic social units of the church…Believers were expected to submerge their own desires in the will of the group. Choir members ate and bunked together, often worked side by side, and met at least once a day, often more, to worship and decipher religious texts.[7]

While this quote shows the religious fervor of the community that Rebecca was adopted into, it does not give any sense that once within the mission in Germany, Rebecca had a major role creating more black missionaries or spreading the gospel herself. In fact it seems that her presence within the mission seemed to serve as an example black acceptance into the culture of European whites rather than the furthering of European religion into black culture.

By giving credit to Rebecca as sparking the expansion of black Christianity in the Americas Sensbach diminishes the effect of other important black religious and cultural examples of the period. One of the most famous of these rose to prominence after the death of Rebecca, but nonetheless evidence shows that he had a more direct role in spreading abolitionism and religious fervor than Rebecca did. The example is the influential writer and abolitionist Olaudah Equiano. Equiano was like Rebecca, a former slave that became free and highly educated. Equiano’s book The Interesting Narrative of Olaudah Equiano proved to be an example of the life of an enslaved person that became widely popular with a white audience in its prose and eloquence of delivery and to black leaders because of its abolitionist message. Equiano’s book also carried a Christian message along with its abolition; the widespread readership of Equiano’s book makes it a better candidate for accelerating the spread of black Christianity than the relatively isolated missionary work of Rebecca.

Evidence that can demonstrate Equiano’s commitment to Christianity and can be seen in David Northrup’s book Africa’s Discovery of Europe where he writes about Equiano,

After exploring other religions and religious traditions, he became devoted to Christianity… He devoted his mature years to the abolitionist cause and in 1787 planned to return to Africa with the black settlers of the Sierra Leone Company, although he did not get further than the port of Plymouth…He did not abandon hope of returning to Africa, attempting unsuccessfully to volunteer as a missionary and then as an explorer for the African Association.[8]

It can be clearly seen here that even in his failures, Equiano played a more active role in black education and conversion than did Rebecca due to his sheer fervor in connecting with other Africans. While they both served as examples of free black people who preached the Christian gospel, Equiano’s activeness throughout his whole life exemplifies these attributes and the reach of his book certainly elevates him as a more influential figure in black Christianity than Rebecca.

Due to her lack of effectiveness after she left the Americas it must be concluded that bringing religion to the slave population of St. Thomas is the only clear conclusion that can be made from the evidence put forward by Sensbach. Perhaps Rebecca’s biggest contribution to black Christianity came after her death when Moravian historians mythologized her to help missionary works. These works of Moravian history were written by Christian Oldendorp and made up the core of the primary sources that Sensbach had about the life of Rebecca. These documents could certainly be viewed as having a bias as their function was to be used for missionary purposes. A quote in Sensbach’s book given by historians Sylvia Frey and Betty Woods, about African American Christianity, illustrates the way in which Rebecca should be remembered.

It (Black Christianity/Protestantism) created a community of faith and provided Afro-Atlantic peoples with an ideology of resistance and the means to absorb the cultural norms that turned Africans into African Americans. The process had begun long before Rebecca’s time, but she occupied a pivotal place in the continuum.[9]

Rebecca was pivotal in her works on St. Thomas, but as Frey and Wood point out she was another element in a long succession of events and was not the model of all subsequent evangelization in the New World.

For another perspective on Rebecca’s Revival, see Silvestre Guzman’s post from May 7th.